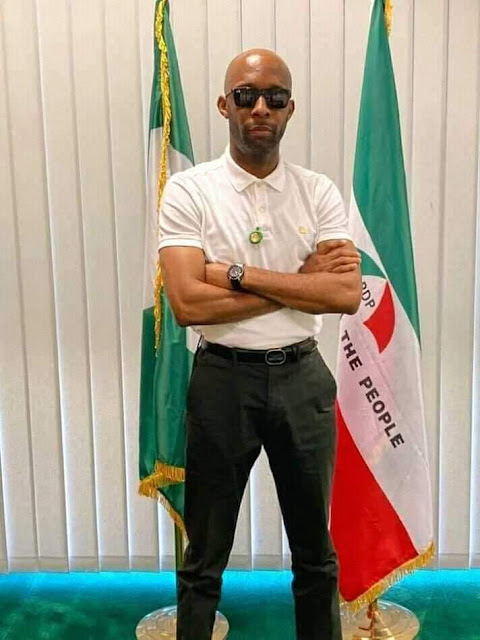 In aluta continua was his calling made,
With a voice that portrayed his mind;
He seeks to beckoned on his fellow Tusker Republicans,
To always stand up to their right where it calls for;
No matter the forces that comes around them.

Gifted in the art of oratory and built with the charisma,
The same that could draw anyone around him;
I imagine a man in the making of Martin Luther King,
The same man whose speech, “I have a Dream”;
Has today metamorphosed into “Yes We Can”.

Years ago he was elected by his fellow comrades to lead,
And like Luther, he chose the path of the upright;
Choosing to dine with the majority, who elected him,
Rather than defiled himself with the kings portion;
When the true test of his uprightness was put on trial.

Though the men in black came with their dark buds and gray smokes,
Turning the tower of learning into their battle field of war front;
Yet the minds who were determined to stand, stood their ground,
In togetherness they withstood their reign and had their victory;
But the irony is, it caused their leader a temporary dismissal.

How I wish the authorities knew,
That their undoing was to prepare a man;
For greater glory in service of humanity,
The throne to which is now bigger;
Bigger than that of his then oppressors.

A true man of his elected people, he is,
A man whose heart detests victimization;
He could give all he has to fight oppression,
This we have seen during his tenor as the SUG President;
The same cause he still fights, fighting to make things right.

Born to service, elected to reign,
His star can never be hidden in darkness;
Like men of vision, like men of impact,
Like men with forthrightness, like men with charisma;
He is a true man born with a purpose to fulfill destiny.

Like men whose shoulder bears the weight that carries all along,
Like men who lit the candle light and shows others the path to follow;
Like men who leaves their adorable footprint on the sand of time,
Like men whose unborn generation would ever strive to emulate;
The world knows that they are only born but ones and not twice.

In 1978, March 16 to be precise, the sound of joy reverberates like a light out of the tunnel and her songs of joy could be heard afar off. To the family of late Mr. and Deaconess Mrs. Akpan Luke, a son was born. To Ikot Etobo, in present Nsit Ubium Local Government Council of Akwa Ibom State, Nigeria and to the world, a son was given. Among his peers, his star could not be hidden; he was simply born to lead. To prove his worth, St. Theresa Primary School Use Abat, Ibiono Ibom and Lutheran High School, Obot Idim Nsit, Ibesikpo, there he obtained his Primary and Secondary School education.

The field of Law was his calling and the University of Uyo, was his training ground, there he justified his readiness for the task ahead. All through his stay, like a golden fish, he had no hiding place and like his love for humanity, it could not be hidden, so the mantle fell on him when he was elected to lead as the President of the Students Union Government of University of Uyo, in 2002. His days were like the journey of a true activist, always standing for right of his people and detesting the oppressing tendencies of the authorities. This almost mars his career when he was suspended for leading a peaceful protest against an increment in the school fees. Though he was recalled to complete his studies but that marked a turning point in his life and the outcome today, we are a living witness that the voice of oppression can never outsmart the voice of the people.

A man of style is a man of class,
A man, who had paid his dues, should be duly respected;
A man, who stands by the side of the people,
Is a man with the majority and honour to him;
Shall be like a tree planted by the bank of the river,
It will ever flourish no matter the test of time.

We have seen it flourished as the Personal Assistant to our former Digital Governor on Protocol Matters, the one the youth called “Mr Swaggar”, the very one who turned the Land of Promise to the Land of Fulfillment. No other but His Excellency, Dr. Godswill Obot Akpabio. Right from there, we all witnessed his call to the Nigerian Bar after his post graduate studies at the Nigerian Law School, where again his love for humanity was demonstrated among his co-students of Akwa Ibom State origin and others beyond.

Yet again, the youth felt him and are still feeling his style when he represented our dear State at the inaugural Nigerian Youth Parliament and got elected as it first Speaker. This gave to him the minds of the youth to speak on their behalf on matters affecting them. He had done the youths of our nation proud and if there is one youth on whom the heart of Akwa Ibom youth beats, we have rightly found it in our amiable, charismatic, a complete family man with an adorable wife and kids, a philanthropic whose love for the downtrodden is equal to none, yet a humble man of equal forthrightness.

The same forthrightness we have seen when his people unanimously elected him as their duly elected representative in the State House of Assembly. Law making for him is a passion and engaging the mind of the youth for productive development is a call that gives him joy to undertake. These and many more we have seen from his contribution in the day to day legislative affair of the house. Apart from legislating, his benevolent heart could be attested to from his philanthropic approach cut across all ages both in the rural and urban areas across the state and beyond. Men, women, single parent, talented youth and the needy are beneficiary of his thoughtful gestures.