How To Face An Impossible Situation With Faith 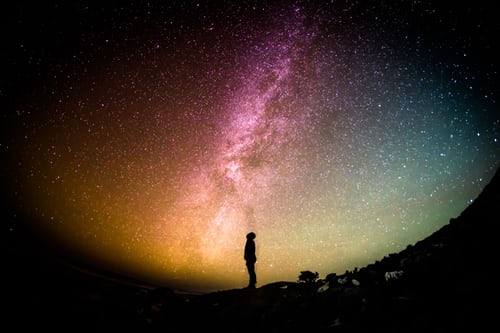 “As it is written, I have made thee a father of many nations,) before him whom he believed, [even] God, who quickeneth the dead, and calleth those things which be not as though they were. Who against hope believed in hope, that he might become the father of many nations; according to that which was spoken, So shall thy seed be. And being not weak in faith, he considered not his own body now dead, when he was about an hundred years old, neither yet the deadness of Sarah’s womb: He staggered not at the promise of God through unbelief; but was strong in faith, giving glory to God; And being fully persuaded that, what he had promised, he was able also to perform.” Romans [4: 17-21]

How are we to face impossible situations; ignore them and hope they go away or face them with an overcoming faith in God? We need to know because only a correct response will bring success. The bible tells us to respond with faith, because with Him nothing is impossible.

“And Jesus answering saith unto them, Have faith in God. For verily I say unto you, That whosoever shall say unto this mountain, Be thou removed, and be thou cast into the sea; and shall not doubt in his heart, but shall believe that those things which he saith shall come to pass; he shall have whatsoever he saith.” Mark [11:22, 23]

Abraham had a clear understanding of how impossible his situation was. Both he and Sarah were way past the age of bearing a child, but God had promised that they would. In Abraham’s heart, the reality of God’s promise was more real that the facts about their situation. He did not ignore the facts, but rather he considered the facts as temporary and God’s promise as permanent and real.

Related Post: Beautiful Refreshing Perspective About How To Let Joy Flow Within Your Heart Like The River Of Joy

Faith is not ignoring the problem. Faith is the tangible knowing that God is bigger than the problem, and that He is willing and able to help. Acknowledging the problem is the first step in obtaining faith. Faith has the courage to look at what currently is and still know what will be.

“And Hezekiah gave [him] all the silver that was found in the house of the LORD, and in the treasures of the king’s house. {18:16} At that time did Hezekiah cut off [the gold from] the doors of the temple of the LORD, and [from] the pillars which Hezekiah king of Judah had overlaid, and gave it to the king of Assyria. And the king of Assyria sent Tartan and Rabsaris and Rab-shakeh from Lachish to king Hezekiah with a great host against Jerusalem. And they went up and came to Jerusalem. And when they were come up, they came and stood by the conduit of the upper pool, which is in the highway of the fuller’s field. And when they had called to the king, there came out to them Eliakim the son of Hilkiah, which [was] over the household, and Shebna the scribe, and Joah the son of Asaph the recorder. And Rab- shakeh said unto them, Speak ye now to Hezekiah, Thus saith the great king, the king of Assyria, What confidence is this wherein thou trustest? Thou sayest, (but [they are but] vain words,) [I have] counsel and strength for the war. Now on whom dost thou trust, that thou rebellest against me? Now, behold, thou trustest upon the staff of this bruised reed, [even] upon Egypt, on which if a man lean, it will go into his hand, and pierce it: so is Pharaoh king of Egypt unto all that trust on him.” 2 Kings [18:15-21]

How then do you receive this faith? By running to the Word of God, and by seeking Him till you get the answer. When faith come, so come the answer and the victory, the bible says that, Faith comes by hearing, and hearing by the word of God.

Seek Him till you hear Him. Faith is the tangible knowing that God is bigger than the problem, and that He is willing and able to help.
This Is The Newest Post
Previous article Previous Post