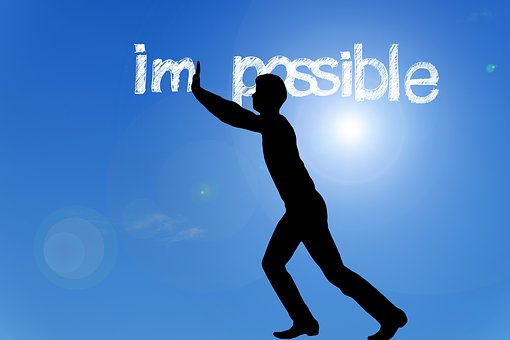 Living a life of desire and fulfilling a given purpose is something that everyone deserves to have. Some facts about how to desire a thing and see it come to fulfillment that will make you feel better is an art we all need to learn. Being fulfilled in life is one awesome feeling that will make us always to be satisfied. Here are practical steps we need to take towards desiring a thing and seeing to it fulfillment.

If you can desire it, then you can achieve it. Like I would say “making money is an art”. For you to have the art, you got to desire it. Would I say “be angry for it”. If you need to discover yourself, it begins when you’re angry with the position in which you are. Mere wishes are not desire. Anything you want, you have to first desire. If making money and becoming wealthy is your dream, you have to taste for it and the only way you can achieve this, is to desire it.

Within your mind, what is that propelling force that drives you on? Do you have a desire goal about life and that which you wish to become? If a propelling force has been pushing you toward this direction, then begin to DESIRE to achieve that goal. This burning desire in you to achieve that which you dream of is the root that signals a driving force to achieving your desire goal in life.

You can never come to achieving your desire goal without an angry mind. Any day you’re satisfied with where you’re or the position, then the dream in you is dead. Definitely, you’re merely existing and not living. To be angry, means you desiring for a change. No man wants or longs for a change in life without first desiring for it. When you come to a crossroad in life, you will begin to desire. The day you begin to desire, definitely, change is coming your way. To succeed, you have to desire.

The Prodigal’s son’s story in the Good Book – Luke [15:17-20 KJV] said. “But when he came to himself, he said, 'How many of my father's hired servants have bread enough and to spare, and I perish with hunger! I will arise and go to my father, and will say to him, “Father, I have sinned against heaven and before you, and I am no longer worthy to be called your son. Make me like one of your hired servants.” “And he arose and came to his father. But when he was still a great way off, his father saw him and had compassion, and ran and fell on his neck and kissed him”.

From the Good Book, we could see that youthful exuberant almost cause the prodigal son a place in his destiny. But did he allow the mistake of his youth to deny him his desire for a change? He realizes his position which wasn’t pleasing and immediately made a u-turn. He said to himself, “I will arise and go…” What was his desire here? – I will arise. Did he procrastinate? No, he didn’t. For you to desire, you don’t have to procrastinate. Everything is for an appointed time. We something desire but fails to take action immediately. That which we would have accomplished or kick-start immediately, we procrastinate. Procrastination is a killer of destiny. If you desire a change, never ever procrastinate. Immediately an idea drops into you, MOVE and do not procrastinate. The root to success is to arise and move. If the prodigal son had waited any further, what would you think could have happen?

We realize from the prodigal son’s story, first he came to himself. You can never come to yourself without an angry thought in your mind. This angry thought should be a positive thought for a desire goal or a change in your position. Our mind is a rich heritage of ideas. And like I would say, ideas rule the world. If you must be rich, you’re first rich from your inside before it began to manifest from the outside. Look around and you will discover that any wealthy man was first rich from the desire inside of him. Like the prodigal son, be angry with your situation and the desire for a change will come.

This lukewarm attitude is killing our mind to desire. We believe life to be a bed of rose. It is not so. Whatever you want out of life, you have to work hard for it except you want free meal. And who told you that free-meal is free? Once you desire, be ready to take the risk toward achieving your desire. Like the saying goes, “No risk, no gain”. No man succeeds without taking a risk. The prodigal son took the risk and buried his shame. In life, if you fail, bury the shame of failure and move forward. It is not how many times you fail that matters, but how many times you withstand your failure to meet your desire. Remember, the day you succeed, none would ever remember your past failure.

In fact, your failure is an anticipated path to your success. Show me a man that has succeeded without first failing. The difference between the rich and the poor is that determined mind and the desire to succeed. The rich, don’t see problem, they see solution in a problem. But the poor, they see problem and complain instate of solution to a problem. Now, for you to desire a change, see no problem and complain but always see solution where there is problem.

Sincerely, each time I read the parable of the prodigal son, I am encouraged. Let me ask, between the prodigal son and his brother, who was wise? He, I would say. He had the better of two worlds. He made a mistake, realize himself, buried the shame in him, and desire himself back to his father. And heaven! He was celebrated by his father. This got to show that in spite of our mistakes, we are loved and still has the chance to make amend. Will the society crucify us for making a mistake? No! But if we fail without making amend and desiring a change, then who will be blamed for our failure? Ourselves of course! The problem we have is the thought of giving up in life the moment we fail. The moment we have this negative thought, it means we have never desired but merely wishing. If you have ever desired, then you’re ready and the moment you’re ready, nothing can stop you. That moment will come when you desire. Desire is one key route to success.

When desiring for anything, you have to stick to your definite goal. Engage not in “One led in, one leg out”. Men, who ever made impact in life, are those who stick to their desire goal. They lay their desire goal with a plan to achieving them. So any desire you have must be backed with a thoughtful plan on how to achieve them. Remember that failing to plan, is like planning to fail. No success celebrated has ever fallen from the sky; it is always a thought out plan that takes time to materialize. In this regard, I would rather advice that you always desire with a thought-out plan to achieving your goal. The only way you can do this is to put in all you have. I mean, your time, power, energy and all that you have inside of you to achieving that desire goal. No man gets to the top by merely wishing; you have to work for it. Remember also that difficult time will always be here, but the only way to overcome it is never to boarder about it. Look at those times as if it doesn’t exist. The moment you develop this mindset attitude, the desire to progress after each difficult time will come to you.

In anything you desire, be conscious of it. The only way you can keep your dream alive is to believe in your dream. Always believe that you can do it and sincerely, you will. Never ever allow anyone determine the level to which you can go. In life, remember, there is no limit to what you can achieve if only you believe. Like I said, in anything you desire, become conscious of it. Picture it in your heart. Let it be the food that you eat. Reason out the plan, the time and how to achieve them. In reasoning out, do not give in to negative thought. And please, do not make yourself a slave to your emotion. I mean, you shouldn’t be sentimental or emotional about your desire. Give it a daily thought. Picture in your mind that you’re already there, sooner than expected, you will be there. The desire that we habour in our heart consciously, has a way of coming into reality.

Sometime ago, a friend after a longtime called and wanted me to call back later. I had this strong desire within me to call back but I had no credit on my phone and besides where I was I couldn’t go out. The time was late and to worsen matters, it was raining heavily. This was around 8.00p.m. I knew within me that been a Sunday and late into the night coupled with the heavy rain, the guy who sold recharge card whom I would have recharge my account wouldn’t be there. In that situation, what do I do? I wanted and sincerely wish to return back the call. Wasn’t I bordered you may asked? No, I wasn’t. I had the burning desire and believe that I will make the call even when the time was running faster than I could imagine. At around 10.15p.m., I had a call from another friend just at the peak of time. After the information was related to me about a job opening, I asked the friend to send me a recharge card to make an urgent call since where I was I couldn’t go out to get one because of the circumstances that arises. I got what I wanted and made the call I wanted.

I had learned the secret of desiring or wouldn’t it be nice to say so? Here I realized the power of a subconscious mind of desire. At the moment I picked the call and the demand to call back arises, my consciousness began to desire. I was confidence within my heart that the solution will come. Even when it delayed incoming, I wasn’t panic. I held on to my desire and believe. I had this positive thought of faith that it will come to past the way my consciousness desires. In no time, my conscious thought, gave birth to my desire. I could dare you with this one. Call it the power of imagination. If your imagination clicks with your desire, the root to your succeeding is a thoughtful reality.

At the moment I got that call, my imagination was at work with my consciousness desiring a call from someone that will bring about the solution that I needed. Since I desired within my imagination, a propelling force which is the power of sub-consciousness had to be at work to bring about that which I desire to come to be. Picture this, if you ever want anything, let your mind desire it. If your ALL, (body, soul and spirit) desires it, you will have it the way you want it. In business or be it anything, let the power of desire rule your thoughts. The moment this become a part of you, you are bound to succeed.
Next article Next Post
Previous article Previous Post